Back to the top

THE SECRET COLORS OF MILAN

During the week of Salone del Mobile, from 16th to 22nd April, the historic Galleria Manzoni in Milano will transform in a burst of colors.

Studio Marco Piva signs the Design Concept of the exhibition “The Secret Colors of Milan” for Marie Claire Maison – monthly magazine of Hearst Italia group directed by Cinzia Felicetti – showing to visitors from all over the world and Milan inhabitants, furniture, lighting solutions, textiles and coverings, jewels and art masterpieces.

Aim of the show is to tell, through colors, the Italian awareness for spaces, materials and details, which prefectly describes our Country in the world.

Eight rooms with correponding windows, overlooking the alley of Galleria Manzoni, are the protagonists of a path allowing to live an intense sensorial experience tied to the color theme.

The Secret Colors of Milan is a visual and materic installation, which involves the visitor in a travel through original “Still Life”.

Milano is internationally renown as a place rich of opportunities and with a great vivacity. But it’s also a people oriented city, where to meet, live and work – without nothing to envy to other cities. Business, fashion, design, lifestyle mixes in long-established activities and new creative episodes.

Milan is also living a new reinassance for tourism, where Duomo, Teatro alla Scala, Castello Sforzesco stands out toghether with less known locations and monuments – equally fascinating and attractive. These are the premises for the idea of the show THE SECRET COLORS OF MILAN, able to represent the refinement, elegance and the exclusivity of this very unique city.

Studio Marco Piva has imagined to realize a serie of “Still Life” into the shops of Galleria Manzoni. Every windows will be characterized by a dominant cromatic matrix.

These “Secret Spaces”, through the careful selection of furniture and decorations, gives to the public of FUORISALONE 2018 the image of environments which, thanks to ideal “windows”, can overlook on beautiful and exclusive sights of the city of Milan.

Selected products are set up in a scenographic exhibition context, referring to contemporary living spaces, re-interpreted with the charm of the assigned color.

In the Exhibition will be shown standard products and one-off of important Italian companies, designed by Ettore Sottsass, Carlotta De Bevilacqua, Ernesto Gismondi, Marco Piva and many other Italian designer.

Title: THE SECRET COLORS OF MILAN

The installation The Secret Colors of Milan realized from Studio Marco Piva for Marie Claire Maison is supported by Comune di Milano. 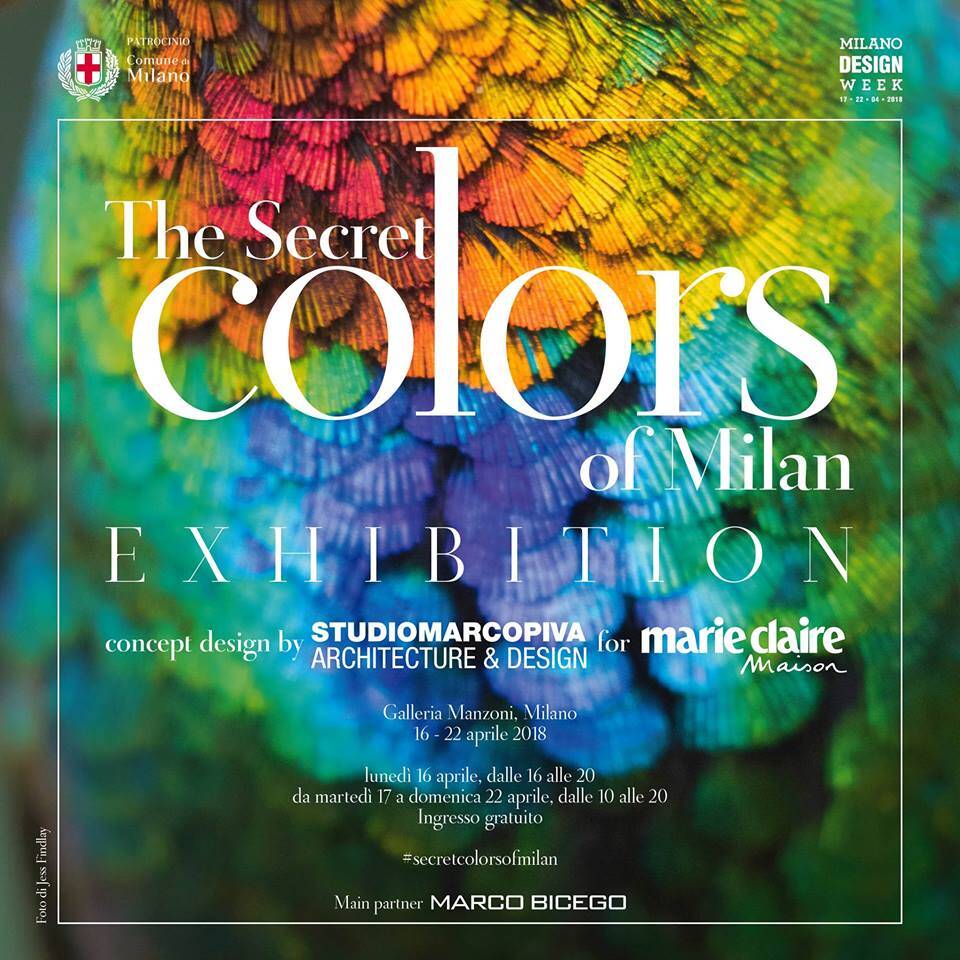